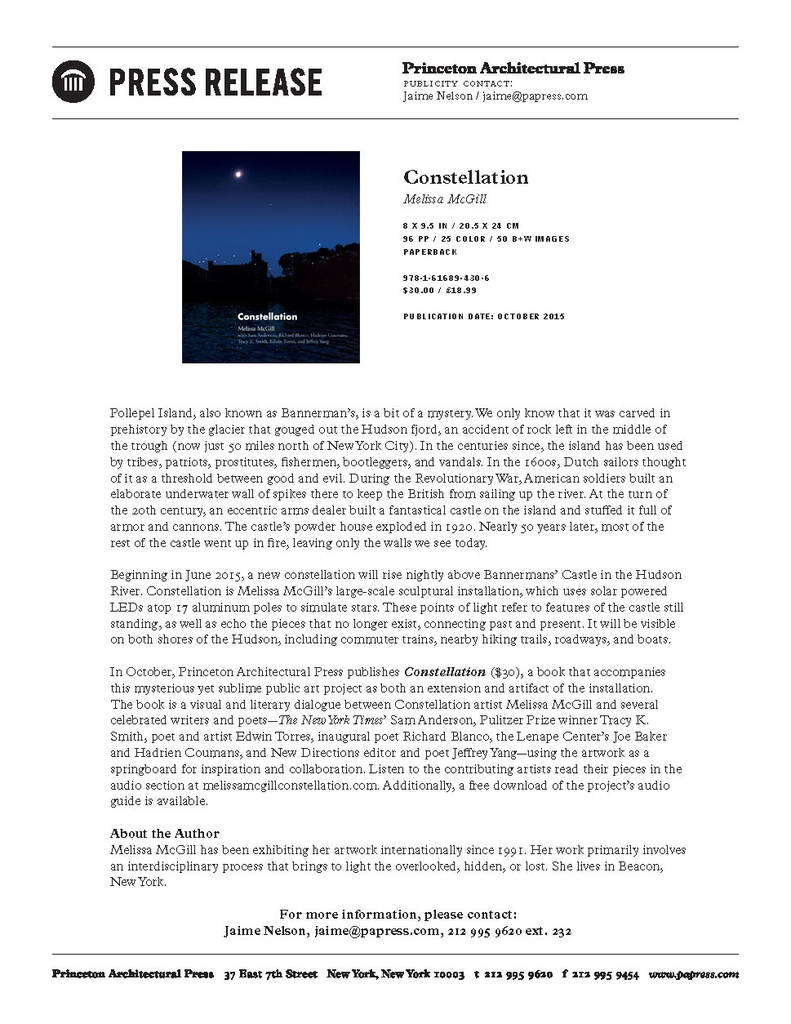 Beginning in June 2015, a new constellation has been rising nightly above a small island in the middle of the Hudson River, fifty miles north of New York City. Every evening as the sun goes down, starry points of light emerge one by one with the stars of the night sky above the Bannerman’s Castle ruin on Pollepel Island in Melissa McGill’s light-based public art project.
Constellation, the book, accompanies this mysterious and sublime installation, both as an extension and artifact of the project. The book is a visual and literary dialogue between artist Melissa McGill and several celebrated writers and poets, using the artwork as a springboard for inspiration and collaboration.
By: Melissa McGill (Artist), Sam Anderson (Contributor), Tracy K. Smith (Contributor), Richard Blanco (Contributor), Hadrien Coumans (Contributor), Joe Baker (Contributor), Edwin Torres (Contributor), Jeffrey Yang (Contributor)